Here at The Luxury Villa Collection we understand the anguish of coming to terms with a long cold winter ahead. But you needn’t worry; there is a way to effectively remedy those summer blues, and that is to simply plan another holiday.

The sun-soaked Costa del Sol is ideal for a Christmas break to escape from the depressing perma-gloom of chillier climes. While beaches are probably out – for all but the hardiest of bathers, at least – December temperatures can still nudge the early 20s. And besides, cultural traditions are very much in, with the dazzling Malaga Christmas Lights display, the spectacular Reyes Magos parade (5th January) and a heart-warming festive mood in the air right the way through the Christmas period.

Some of our best villas in and around Marbella are available for rent over the festive period. All you have to do is book your flight to Malaga and rent one of these beautiful villas – we can do the rest. Here are several that we’ve picked out for that indulgent Christmas break…

For the Ultimate in Style and Convenience 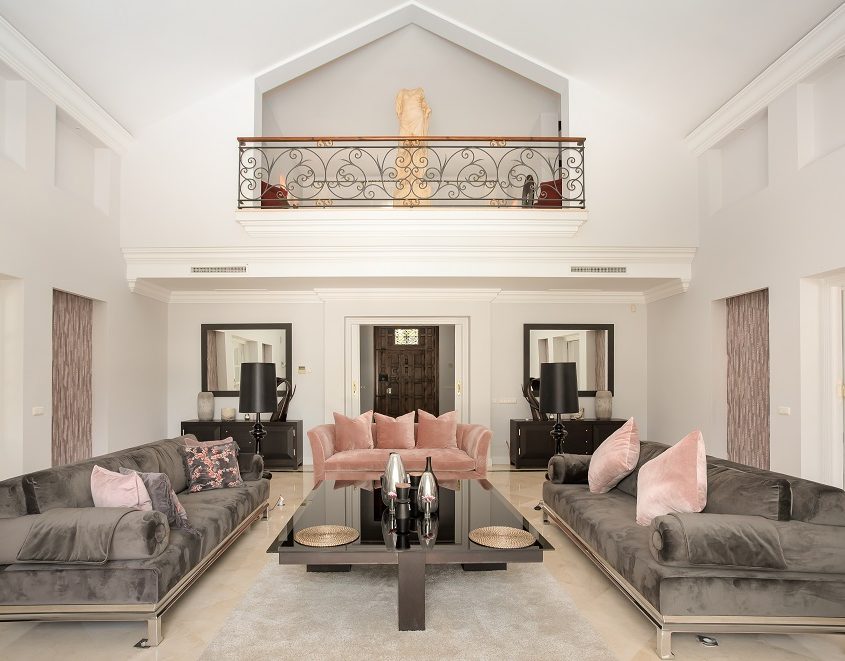 Find out more about Villa Monterey and book. 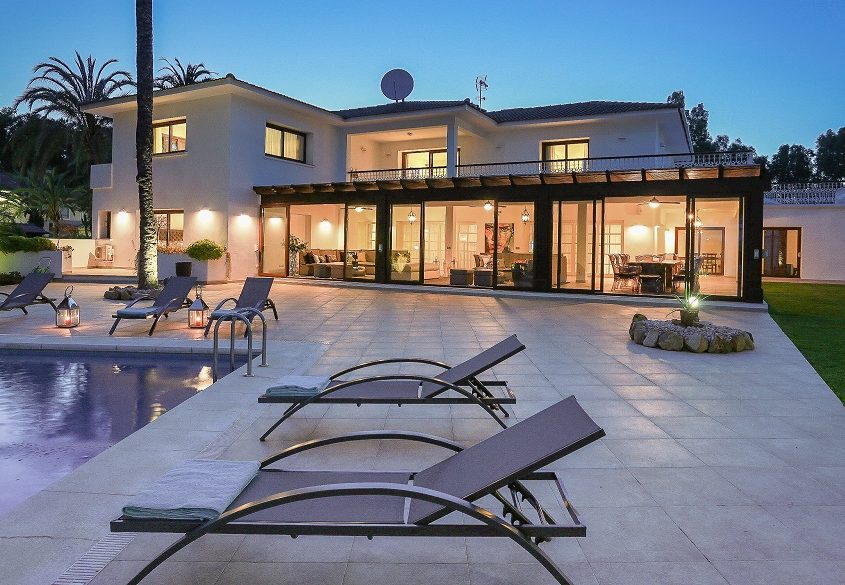 With easy access to Malaga airport and all the festive fun in Marbella (just a five-minute drive way), Villa Malibu could hardly be more convenient. Facilities-wise, it boasts an ultra-modern, brand new gourmet kitchen (ideal for preparing a truly decadent Christmas dinner), an international TV and surround sound system, a home cinema to watch your favourite Christmas movies and a whirlpool to slip into with a cheeky bottle of bubbles.

Find out more about Villa Malibu and book. 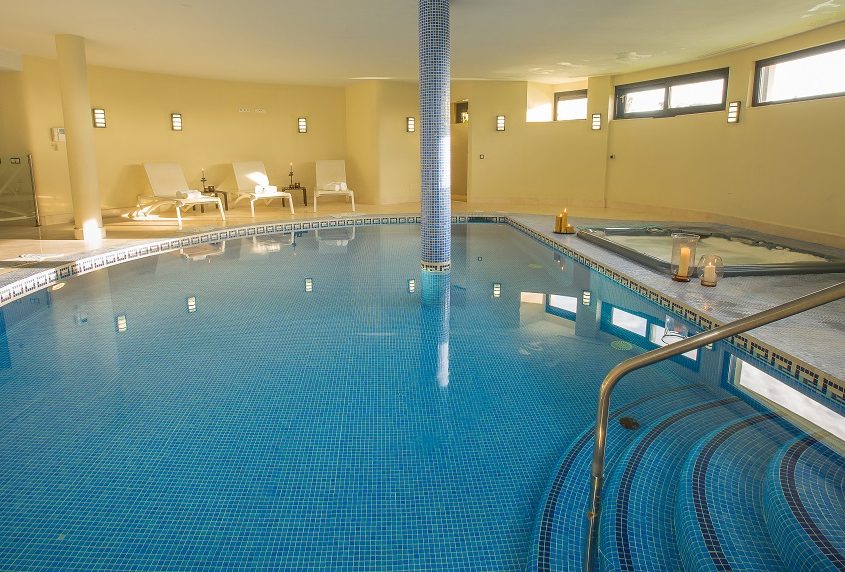 A beautifully designed and spacious ten bedroom villa, with breathtaking views and a perfect setting for a Christmas celebrations. There is an indoor and outdoor pool, spa and hot tub. The dining terrace can formally seat 22 people, and the kitchens are of a professional standard so a private villa chef can cook up a Christmas feast for you and your guests.

Find out more about Villa Los Flamingos 1 and book.

For a Classic Spanish Christmas and New Year

Taking breakfast on the terrace at Hacienda Madronal 1

This remarkable villa is surrounded by spectacular scenery in the hills above Marbella. There are 9/10 bedrooms so it’s perfect for bringing the whole family over for a luxurious Christmas break (with staff on hand to assist). With a spacious living room, traditional open fires, wooden beams, a woodland setting, crisp New Year/Christmas Day walks, a heated pool and a Jacuzzi, Hacienda Madronal I provides all the Christmassy home comforts you could ask for while still retaining a definite Spanish feel.

Find out more about Hacienda Madroñal I and book. 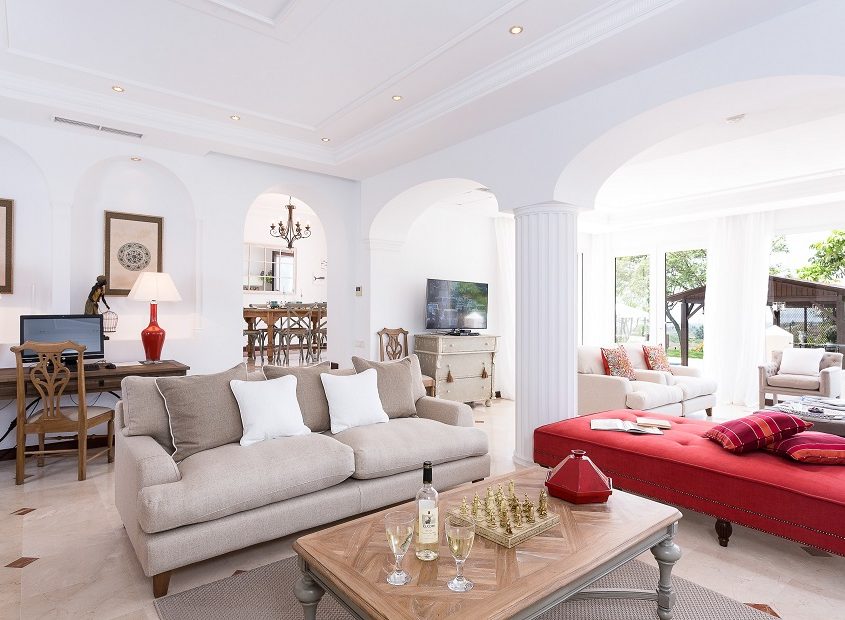 Stunning Villa Kenia is a stylishly eclectic blend of Andalusia and Africa a luxurious home-away-from home with views of Estepona, the Mediterranean and the distant African coastline. It offers hotel style service, sea views, kids games den, heated pool and an abundance of sun-drenched living space.

Find out more about Villa Kenia and book.

For a Party Pad 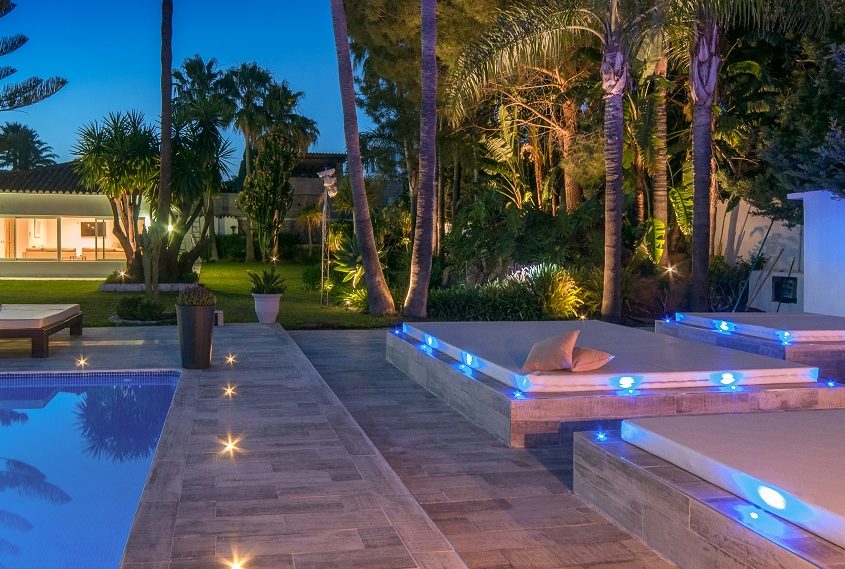 A contemporary, newly upgraded eight bedroom villa with incredible sea views from the infinity pool, hot tub, Ibiza-style chill out terrace and 3000m2 of mature gardens. Within easy reach of bars and shops in Marbella, Cabopino and Puerto Banus. Villa Eivissa is an entertainer’s dream, perfect for celebrations, gatherings and a laughter-filled Christmas and New Year’s Eve. This is a luxurious private rental with all the trappings of an upmarket beach club, including a sleek heated infinity pool, club-style cocktail bar, Jacuzzi deck, and LED mood lighting.

Find out more about Villa Eivissa and book. 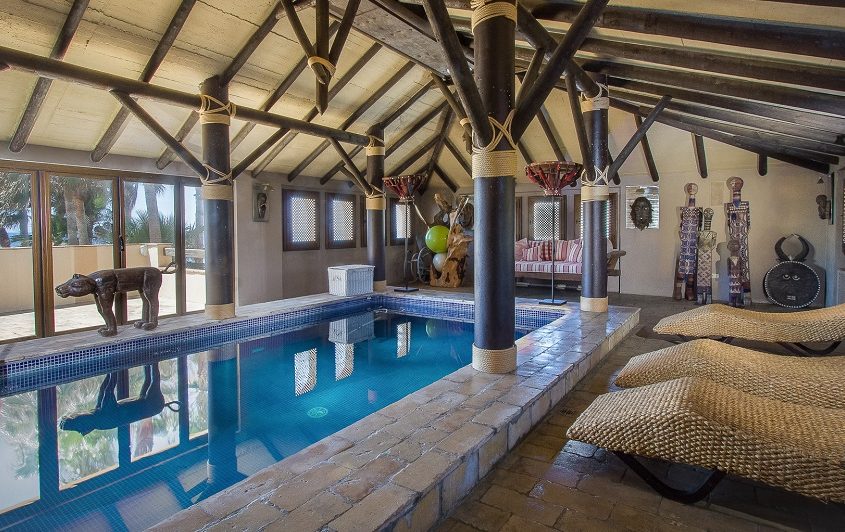 For a very special family Christmas/New Year’s break, this jaw-dropping villa has it all. Just a few of its highlights include a brand-new high-tech kitchen, a home cinema system, an antique slate bed snooker table, a pre-stocked bodega (tasting sessions available), an indoor pool and sauna, an outdoor soft saltwater infinity pool lounge with an open fire, and a waterfront location. All the necessary ingredients to ring in the New Year in style, in other words. 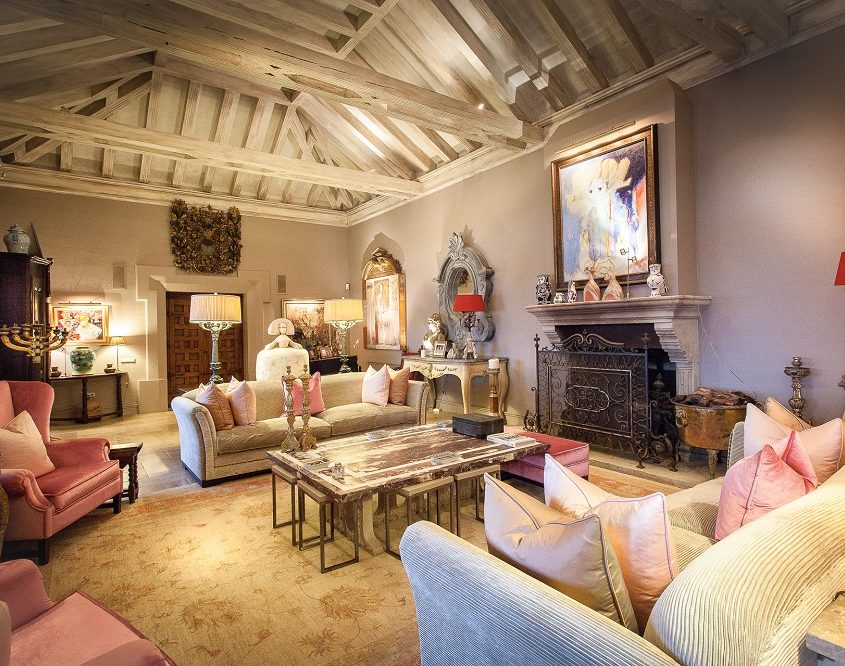 Find out more about Villas Las Artes and book.

Like our pick of luxury Spanish villas for a Christmas break? Pair it with a festive table at one of our favourite restaurants in Marbella.