The Costa de la Luz is one of Spain's most beautiful and undeveloped stretches of coast. The 'real' Andalucia, here charming, historic towns full of pretty white houses meet mile after mile of incredible beaches and a seductively laid-back vibe. 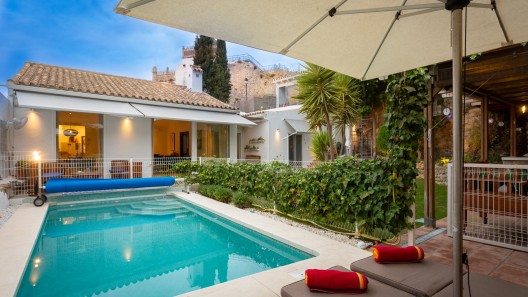 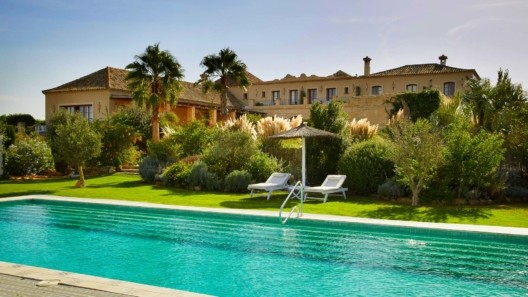 Retreat to the charm and history of rural Cadiz. This 12-bedroom property welcomes you to a world of contemporary antique. Built just a decade ago from centuries-old and reclaimed materials, here…

The Costa de la Luz is one of the least developed and stunningly beautiful stretches of coastline, not just in Andalucia, but the whole of Spain.

Bordered by the sea to the south and west, and the Sierra de Cadiz-Alcornocales Natural Park to the north and east, its beautiful beaches vie for the visitor’s attention with charming and historic hilltowns.

Built many centuries ago by the Moors in strategically defensive positions, and now littered with Arabic and Roman remains, the ‘pueblos blancos’ are ancient, characterful villages. They sprawl spectacularly over hillsides, white houses and churches clinging to the steep slopes with commanding views over the surrounding fields and valleys, hidden alleys and courtyards revealing bursts of multi-coloured floral exuberance.

Medina Sidonia has a long history stretching back to Phoenician times – the engineering feats of the next settlers, the Romans, can still be seen today. This is the seat of the oldest dukedom in Spain, which dates back to the 15th century.

Today you can still see city gates from the Moorish era of the town, and the magnificent Gothic Santa Maria la Coronada church, built over the remains of a mosque. The elegant Plaza de España is a good spot to soak up the local atmosphere, while admiring the renaissance Ayuntamiento (Town Hall).

Vejer de la Frontera is also perched atop a hill – so close to the Costa de la Luz that you have amazing sea views from the town, right across to Morocco.

The main square is a delight: a pretty palm-shaded plaza called Plaza de España, whose elaborately tiled fountain is decorated with colourful ceramic frogs. Medieval city walls and the Moorish alcazaba (castle), along with some arches, are still standing; you can climb up and walk along the turreted battlements in places, such as in Casa Mayorazgo. Worth visiting is the Iglesia del Divino Salvador church, with an unusual combination of Mudejar and Gothic styles.

Outside town, one of the coast’s most popular beaches, El Palmar – a 12km stretch of golden sand – is just a 10-minute drive away. 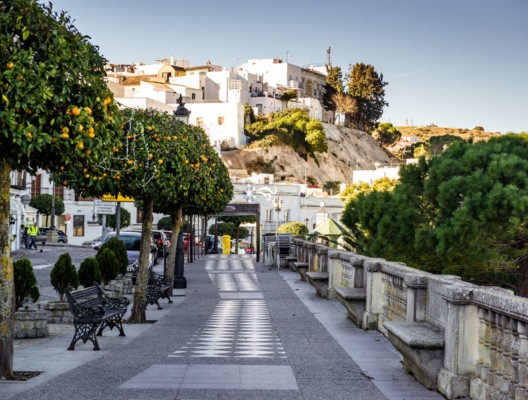 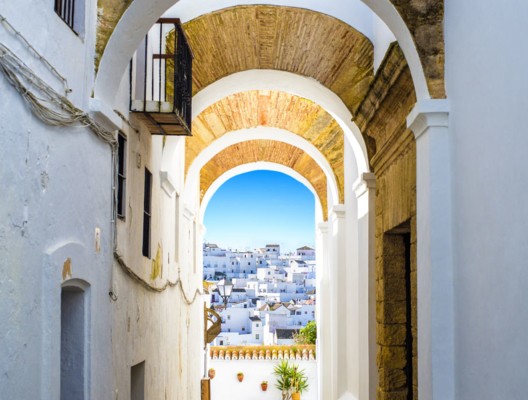 With its beautiful unspoiled coastline, the Costa de la Luz is an area whose beaches – from Valdevaqueros and Bolonia to El Palmar, Conil, Los Caños de Meca and Zahara – are begging to be explored.

Beaches aside, with breezes blowing across the Straits of Gibraltar from Africa, it’s also one of Spain’s foremost areas for watersports, with surfers heading to El Palmar and Los Caños de Meca near Vejer, while Tarifa is world-famous for windsurfing and kitesurfing.

A popular family excursion is whale-watching, with boats leaving Tarifa port, while nature-lovers can also enjoy bird-watching in the Marismas de Barbate wetlands close to Vejer.

Another scenic and close-to-nature activity is horse-riding – either along the beach itself or in the seaside pine forests.

The more adventurous can take the ferry across to Morocco, for a Tangier day-trip, where you can enjoy this ancient city with its hillside medina and souk full of vibrant spices, colourful leather goods, traditional teapots and pretty decorated tea glasses.

For art aficionados, just outside Vejer is the Fundacion Montenmedio Arte Contemporaneo, an open-air sculpture park. 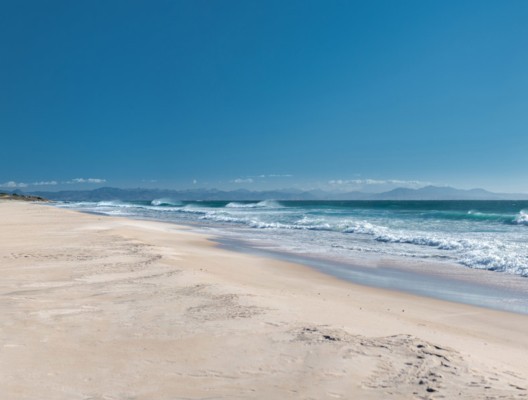 The Costa de la Luz is very much one of Andalucia’s gastro heartlands. Local gastronomic delicacies not to be missed include prime Retinto beef from local cows, and atun de Almadraba, the tenderest tuna you’ve ever tasted.

The tuna is caught in an ancient system of tunnels and nets, invented by the Phoenicians, Mediterranean traders and settlers, in around 800 BC. Today it’s one of the most sustainable fishing methods around, with only tuna of a minimum weight being taken.

In April and May these seaside towns hold tuna routes, so you can try the prized fish prepared and cooked in a range of styles, from tartare (raw diced) to sashimi, in different restaurants to get the full effect of the juicy flavour and light, silky texture.

Retinto beef comes from the Sierra del Retin mountains, and is known for its soft, lean meat with a nutty taste, thanks to a diet of acorns. Visitors are often surprised to see these horned cows lying on the sandy seaside.

In the area around Jerez, known as the Sherry Triangle – between Jerez itself, Sanlucar de Barrameda and El Puerto de Santa Maria – palomino and Pedro Ximenez grapes are grown in the sandy albariza soil, which are then made into the various different types of Sherry. Each of these pairs perfectly with different types of food, from Fino or Manzanilla with cheese and fish, to Oloroso with red meat, and Pedro Ximenez with desserts.

The solera method of blending Sherry is unlike any other – learn about it on a fascinating bodega tour, which finishes up with the all-important tasting. 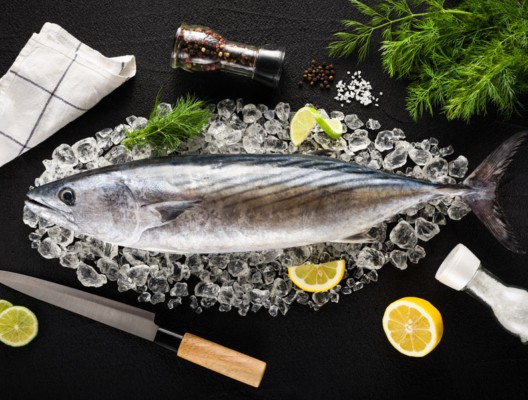 What the likes of Vejer de la Frontera and Medona Sidonia may lack in designer shopping, they more than make up for in traditional local produce from bodegas and markets.

Both towns continues the Moorish tradition for pastries and sweets: ‘alfajares’, tubes of honey, almond and dried fruit are the local Medina speciality, while the crumbly lard biscuits of Vejer are called ‘vejeriegas’.

It’s worth making the trip to Barbate, a fishing town near Vejer, to buy atun de almadraba products, with all variety of cuts, from neck and cheek to belly, preserved in glass jars and tins, as well as mojama (dried tuna, known as jamon of the sea) – look out for Gadira and Baelo shops. If it’s Saturday morning, don’t miss the market, which has the freshest fish, straight from the morning’s catch.

When in Jerez, after your bodega tour and Sherry tasting, why not buy a bottle of your preferred wine? Drinking a glass of vino de Jerez at home will transport you back to your relaxed sun-soaked holiday in southern Spain. 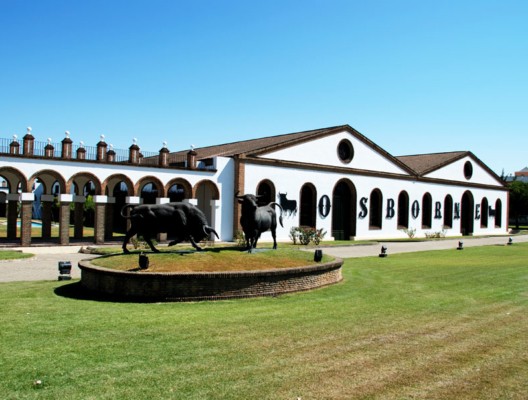