Located to the east of malaga and stretching away inland from the Costa de Sol are rolling hills lined with vineyards and dotted with ChARMING white villages. Welcome to La Axarquia – Andalucia at its most beguilingly authentic. 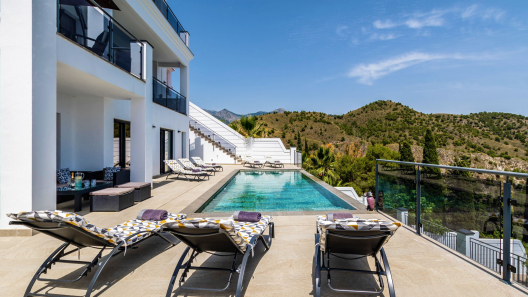 Villa Keshiki is a super modern villa sitting on the outskirts of Frigiliana. Just a short 5 to 10-minute walk from the village cafes and restaurants with panoramic views over Nerja's coast. 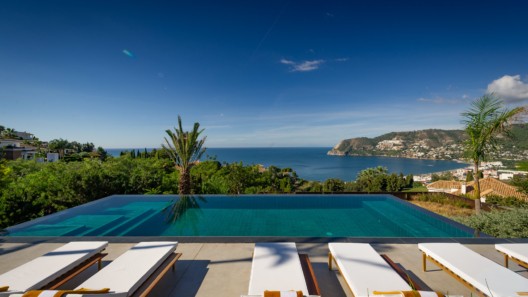 A homage to modern architecture and clean lines, luxury touches and designer furnishings: it’s impossible to resist the call of Villa Kallan. With all you could dream of, and more, this luxury… 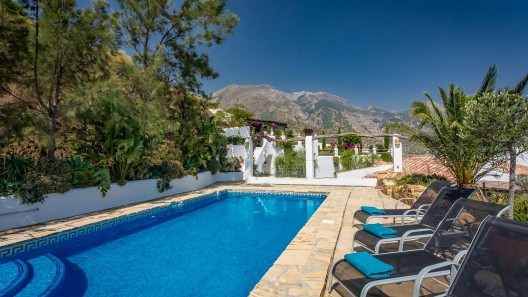 Sitting in a dramatic spot, high in the mountains, overlooking the sea, this award winning, bijou villa with 3 bedrooms, pool, outdoor cinema and kitchen with tandoor oven offers authentic charm. 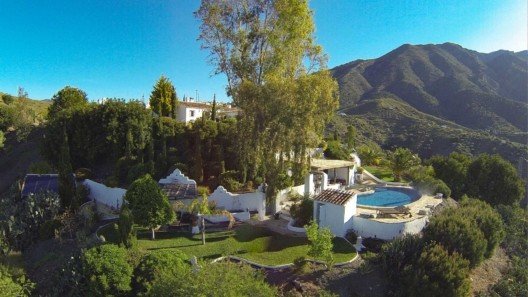 A magnificent, private estate with striking views of both mountains and Mediterranean Sea. The estate is 10 acres, 4 villas, 4 pools, sleeps 30 & offers five-star service on a secluded rural hilltop. 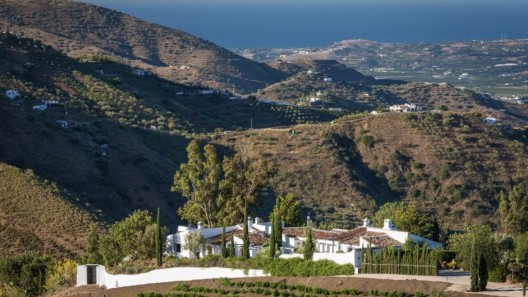 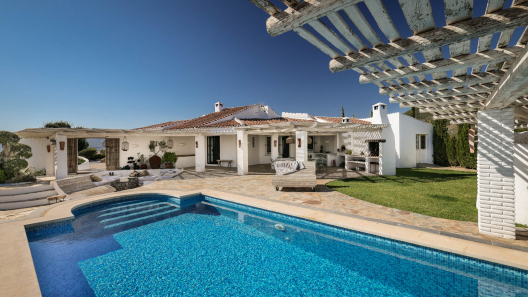 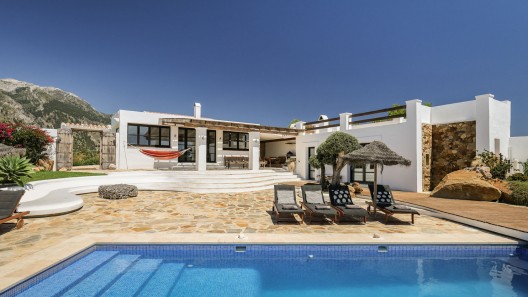 Overlooking Lake Viñuela high on a hillside in La Axarquia above the Malaga coast, is Casa Miravista, a stunning 4-bed rural retreat with mountain views and a private pool.

Despite its breathtaking mountain roads, charming and historic towns, and a rugged landscape with peaks and outcrops, the Axarquia is one of Malaga province’s most unexplored corners.

With a dry, sunny climate, this region of Malaga province (pronounced ash-ark-EEa) is bordered by the sea to the south, and two mountain ranges – the Sierras of Tejeda, Almijara and Almara to the north and east, and the Montes de Malaga – to the west.

There are 49 villages give or take in the Axarquia. These span from relatively large coastal towns like Nerja in the east to inland, small almost forgotten villages like Alfarnate. Each have their charm from the  mountain perching Comares to the incredible natural coves of Maro.

If you’re visiting the area don’t miss Frigiliana. Frigiliana is regularly voted one of the most picturesque villages in the whole of Spain, with its white-washed houses decorated with zingy-bright flowers and hanging plants, and steep, narrow cobbled streets. There are fantastic views from Frigiliana towards the sea which many restaurant terrace make the most of. A stroll around the town rewards you with glimpses of mountain and sea views as well as a smattering of small independent shops to browse around.

Two of the most dramatically located towns in the Axarquia are neighbouring Alfarnate and Alfarnatejo, both at nearly 1000m. Alfarnate has the oldest inn in Andalucia (see gastronomy) which also has an exhibition dedicated to the bandits for which these hills were notorious, and much feared by travellers, in the 19th century. The area is famed for almonds and cherries. Don’t miss the spectacular almond blossom at Alfarnate during January/February.

Like many of the towns in this area, hilltop Comares dates from Moorish times – look out for the hexagonal brick church tower, a former minaret from when the village had its own mosque; now it is known for the unusual hilltop cemetery.

Over in the eastern part of the region, Competa has craft shops and some great restaurants, as well as the Museo del Vino, selling the town’s renowned sweet wine straight from the barrel. 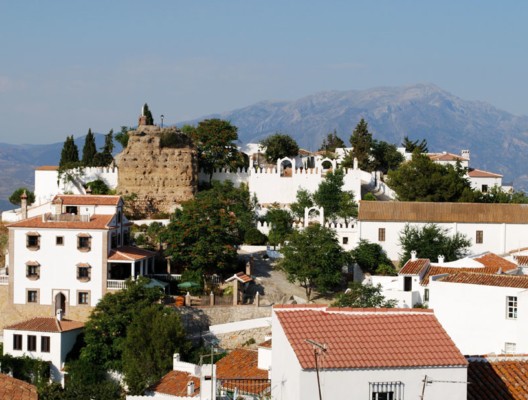 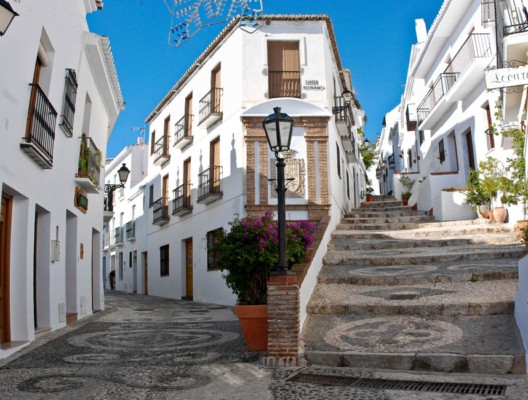 Since the Axarquia region is famous for its wine – the sweet Moscatel (Muscat), made from sun-dried grapes – one of the most popular excursion for visitors is to one of the many bodegas. Some have such challenging terrain – vineyards on steep terraced slopes – that they have retained old-fashioned methods, such as transporting the grapes in small quantities by donkey or mule, to ensure they arrive in optimum condition. August is usually grape picking time for the Axarquia.

Hikers will be in heaven here: the most challenging peak is La Maroma, at 2069m. From the top, you can see all the way to Granada to the north-east and Morocco to the south, across the Mediterranean. It’s a easy 7 hour hike which is best to do with a guide but a great family excursion.

With the rugged terrain and fabulous views, horse-riding is a great option to enjoy the scenery of the Axarquia, and observe its fascinating flora and fauna, in a less energetic way. 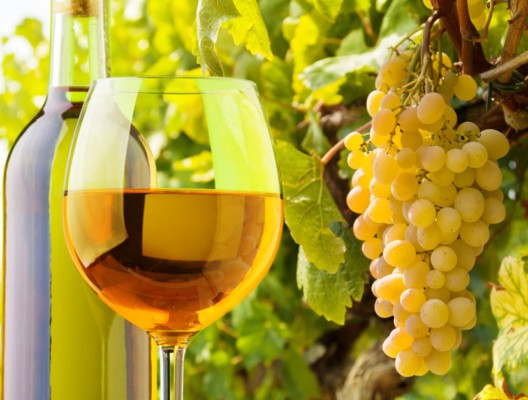 This mountainous area has very good quality sweet wine and the vines are planted along steep hillside terraces. The moscatel grapes are laid out to dry in the sun, and then crushed to make wine. There is a local bodega (Bodegas Bentomiz) which offers vineyard and winery tours, with tastings and tapas or a full sit-down lunch.

Competa’s wine has a particularly good reputation in the area – don’t miss the Noche del Vino in August, when free wine is served to all-comers and you can watch flamenco performances.

Dating back to the 13th century, La Venta de Alfarnate (in Alfarnate) is the oldest inn in Andalucia. Try the speciality mixed grill (for confirmed carnivores only), ‘huevos a la bestia’ – fried eggs with sausage, ham and black pudding. But fear not if something meaty doesn’t suit there’s usually vegetarian and a fresh fish options too.

Other popular local dishes in this area include chivo lechal al horno (roast suckling kid) and ajo blanco (cold almond soup). While the area is also famous for its fresh produce – from avocados and mangoes to olives, cherries and peaches. 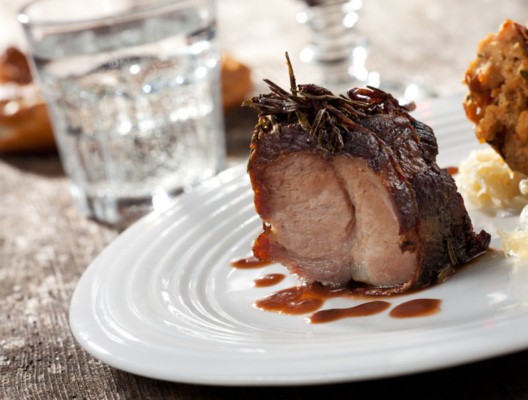 The Axarquia has a more rustic appeal than the glamorous resort towns west of Malaga. Which means that the retail therapy opportunities are fewer and further between.

However, if it’s local food, wine or artisan products that you’re after for a gift to take home with you, then you’re in luck.

Great buys to look out for in shops around the region include Moscatel wine, which you can buy in a bodega, and ‘caña de miel’, the intensely-flavoured cane syrup used in the classic Andalucian dish, ‘berenjenas a la miel’ (aubergines with honey).

Pretty ceramics, nuts and olives, as well as crafts such as jewellery, can also be picked up in many of the villages across the region.

Some towns, especially the larger ones like Nerja, Competa and Velez-Malaga, hold weekly farmers’ markets. Here you can find all manner of traditionally-made products such as wine, cheese, olives, and embutidos (pork products). Frigiliana probably has the best small boutique shopping for giftable products. Velez-Malaga and Nerja also have town centres with chain shops as well as independent shop owners. For a dose of modernity, there’s also a shopping centre jsut outside Velez-Malaga with high street names like Zara, Massimo Dutti, Guess and JD Sports in Velez-Malaga called El Ingenio. 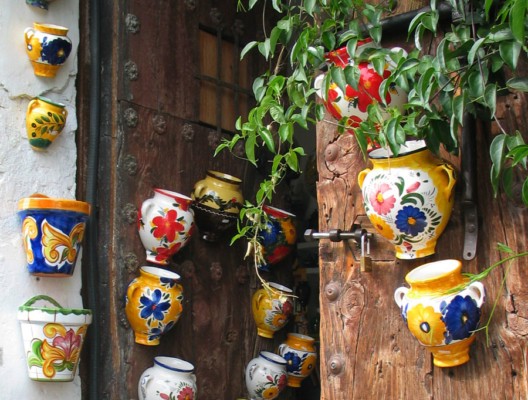