Let’s get one thing clear from the start: it’s never exactly a bad time to visit southern Spain, as on any given day of any given week all year round, there’s something going on. However from full-on fiestas to solemn religious ceremonies, via annual harvests and music festivals, we’ve picked out a few of the very best times to visit.

Planning a Visit around the Weather

Weather-wise, when’s the best time of year to visit Andalucia? It’s a question that gets put to us a lot here at the Luxury Villa Collection. And the answer we always have to give is… it very much depends.

Andalucia’s a big region – four times as large as that default indicator of size, Wales – plus, it’s also an area of huge geographical diversity. So while you may have lovely winter sunshine and 20 degrees down on the coast, the snow might well be falling on the mountains inland.

Let’s focus on the positives, though, and the average temperatures in the region’s most sun-soaked province, Malaga: 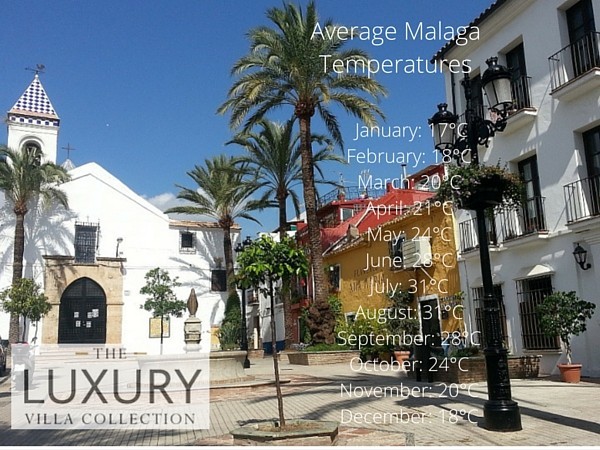 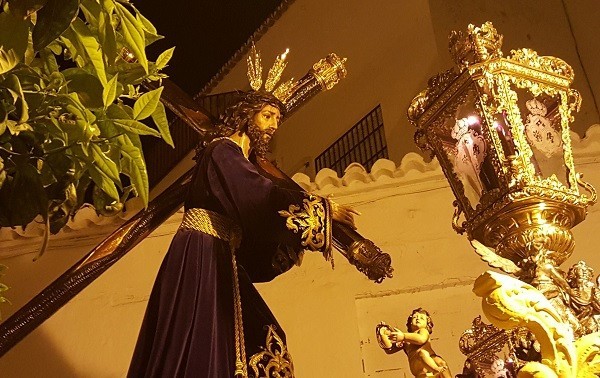 Los Reyes Magos – Various towns and Cities; 5th January 2020: The epiphany on 6th January, is celebrated in Spain with a national holiday and gifts are said to be left by The Three Kings for children. The night before, The Three Kings visit most towns and cities in the form of a parade, festivities usually begin around 17.00hrs. Children collect sweets that are thrown by the kings and their helpers.

Carnival – Cadiz; 20th February to 1st March 2020: The weekend before Lent is a massive party weekend in southern Spain and nowhere does it bigger than the city of Cadiz. It’s a noisy, messy affair where everyone takes to the streets in fancy dress and parties until sunrise.

Semana Santa – Seville; 5th April to 12st April 2020: With the sound of brass and the scent of incense on the night air, every Easter the streets of Seville are filled with the processions of Semana Santa (or Holy Week). While Seville undoubtedly puts on the biggest and grandest display of devotion, other places of note include all the big cities – Granada, Malaga and Cordoba especially – while the small town of Velez-Malaga is a spectacular and lesser-known alternative.

Las Cruces de Mayo – Granada; 3nd May 2020: Another city, another full-scale party dressed up as a religious occasion. While the crosses which are displayed in squares throughout the city are undoubtedly lovely, Granada’s Las Cruces is, in reality, just a great excuse for a party. And why not?

Patios de Cordoba; 4th to 17th May 2020: North, south, east or west, spring is one of the best times to visit Spain, wherever in the country you might be thinking of heading. Nowhere is that more the case than in Cordoba. In May, some of the oldest and most beautiful patios of the town’s historic centre are decked out in their full floral finery and opened up to the public. Unmissable.

El Rocio Pilgrimage – Huelva; Pentecost/depending on Easter: One of the region’s most impressive devotional displays, up to a million people have been known to make the journey to this remote church to see the Virgin make her spectacular appearance in the early hours of Pentecost Monday. With El Rocio sitting right in the heart of the Doñana National Park, it makes for a great excuse to explore one of Spain’s great natural wildernesses, too. 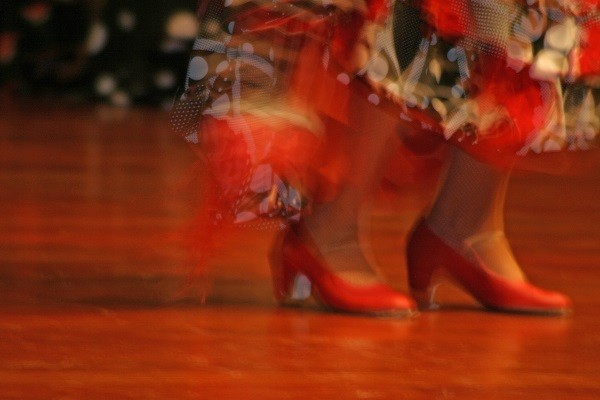 Beach club opening parties, Marbella and Puerto Banus; mid-late April: Something of a curtain-raiser for summer on the Costa, the beach clubs throw everything they’ve got into their annual opening parties. Nikki Beach, perhaps the best of the bunch, gets their season underway in 2020 on 29th April with most of the others falling either side of it.

Granada international festival of music and dance; TBC usually during June: While the flamenco on display during Granada’s annual festival is fantastic (headliners include Eva Yerbabuena), it’s undoubtedly the setting that steals the show. Sitting under the stars in the gardens of the Generalife accompanied by some top-class dance and exquisite views of historic Granada is an unforgettable experience.

Flamenco festivals; June-September: while Andalucia’s greatest art form is very definitely a year-round affair (check out our guide to Flamenco), it really heats up every year along with the summer temperatures. Malaga’s summer alone is studded with superb flamenco events from Alhaurin de la Torre (June) and Alora (July) to Antequera and Ronda (both August) before, finally, the main event of the Malaga Bienal Festival takes place in early to mid-September.

Spain as a whole celebrates more local virgins’ and saints’ day than you can shake a stick at. But if there’s a capital of the religious holiday, it has to be Andalucia. Aside from the religious elements, they mean one thing: letting your hair down and partying in a colourful blur of flamenco dresses, fairgrounds, dancing and drinking under the stars.

Ferias are held from April until September and are one of Andalucia’s greatest spectacles. In terms of city ferias, a few of the main ones of note are:

Down in Andalucia, the seasons – and the harvesting of the fruit of land and sea – still have a huge impact on people’s everyday lives. Spring sees olives, oranges, avocados, asparagus and the Almadraba fishing of bluefin tuna in Cadiz. By the late summer the region is exploding into wine harvests, while come the autumn the almonds and figs are bursting.

There are simply too many food and wine festivals in the region to name them all, but here are a couple that come with the LVC seal of approval:

Axarquia food festivals; August to September: this mountainous region to the east of Malaga has been getting something of a name for itself in recent years for its cluster of food-related festivals – and all the singing, dancing and general celebrations that comes with them. 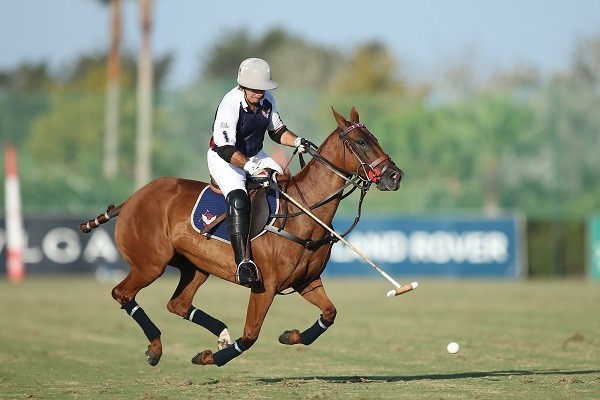 Moto Grand Prix – Jerez Motor Racing Circuit – 1st to 3rd May : one of the biggest events on the Spanish motorsports calendar roars into Jerez every year. The second race of the Moto GP season is a big deal in Spain, and the atmosphere track-side over the course of a long weekend in May is one of the liveliest around. You can also watch the teams testing out the cars, earlier in February: Testing- 19th to 21st February 2020

Golf on the Costa del Sol: while the region’s +300 days of sunshine mean that golf is very much a year-round sport in Andalucia, the best times of year to book a golf holiday are probably spring and autumn, when you get the sunshine without the searing summer temperatures. (Have a look at our pick of the best golf courses on the Costa del Sol.)

International Polo Tournament – Sotogrande; dates TBC: Sotogrande’s Santa Maria Polo Club hosts one of the highlights of the polo calendar every summer. One of the most prestigious events in Andalucia, it’s an occasion in which to see and be seen – obligatory glass of bubbly in hand – as much as it is to watch what’s going on out on the field. Have a look at our guide for more details.

Sanlucar Horse Racing, Sanlucar de Barrameda; 9th, 10th, 11th, 25th, 26th and 27th August: This hell-for-leather horseback sprint along the Sanlucar sands goes all the way back to 1845. The setting’s superb and the atmosphere’s lively (with more than a drop or two of Manzanilla being supped). Best of all, though, you get right up close to the action and feel the thundering of hooves underfoot.

Ski season in the Sierra Nevada: Europe’s most southerly ski resort opens for business every year with the first snows in December, before closing up again in late April (or even on occasions in late May). Which means that you can literally spend a morning on the slopes before dropping down to the coast and hitting the beach in the afternoon. 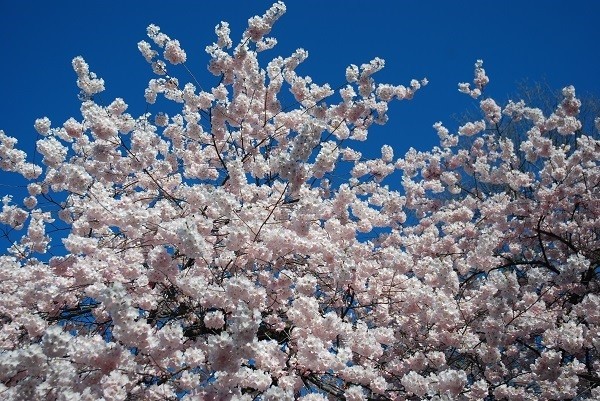 Flamingo migration at Fuente de Piedra; late February: For many of us bird-watching is not exactly the stuff of riveting holidays. However, seeing the flamingos at Fuente de Piedra is a little different. To catch a glimpse of them, as a vivid flash of pink against the blue sky, before they descend on the salt lakes of is one of the most beautiful natural spectacles in Europe.

Arrival of the cherry blossom, Axarquia; March (depending on the weather): Andalucia’s cherry blossom season may not be quite as well-known as Japan’s, but it’s still pretty spectacular. Alfarnate’s Ruta de las Pilas, a 12km round trip through the orchard-lined countryside, is one of the very best ways to experience it.

Beach weather; May onwards: While you can obviously stretch out on the sand at any time when the sun’s shining in southern Spain, locals tend not to venture onto them until summer has really kicked in. May and October can regularly touch on 30 degrees Celsius – more than warm enough for most of us to get the beach bag out, in other words.

Cork oak harvest – Los Alcornocales Natural Park; June-August: The serious business of the cork harvest is still carried out by hand and mule every summer in the cork forests of Los Alcornocales. A morning winding your way through the sun-dappled trees, stopping off to watch the trees being painstakingly stripped of their bark along the way, can be neatly finished up with a long, leisurely lunch in a stunning mountain town like Gaucin, Jimena de la Frontera, Ubrique or Zahara de la Sierra.

Our guide to when to visit Andalucia is far from definitive. There’s simply SO much more to see and do in this fabulous region of Spain – to the extent, in fact, that we’ve missed out, not just one but two, entire provinces in Almeria and Jaen.

So what’s stopping you? See the best of southern Spain from one of our luxury villas.

(As of Nov 2020) Since the global pandemic reached our countries in early 2020 there has been restrictions in one way or another on the way we live our lives. With the sheer amount of press on…